I have an admission to make: I’m a pretty terrible stock picker.  Not because of my analysis, mind you, but because of my timing. The process of investing reminds me time and again that as a businessperson -and as a human being- all the analysis in the world can't reveal what will happen- even one single day in advance.  Every future outcome is an unknown to some extent, and this is what makes business decisions so very difficult.  There’s only one thing that IS certain: hindsight is waiting just around the corner to accuse you of everything you did wrong.

The theme at hand is ‘Strategic Risk’, which can also be called Business Risk. Simply put- Strategic Risk means that there are risks associated with our investment decisions as businesspeople, and just as sometimes our decisions will lead to success and increased profits (I bet, and I won), they can also turn out to be decisions that lead to losses (I bet- and I lost).  Time will tell, but either way, we decide to ‘roll the dice’.

First off, let’s be gracious and assume that no reasonable businessperson willingly throws away money. When we make investments, we expect a return. But it doesn’t always turnout that way.

A straightforward example of Strategic Risk in practice comes from the world of trading. I spent over two decades on a trading floor as a finance and risk professional, and I’ve never seen a trader who put on a trade (or ‘position’) without hoping to win, even though that isn’t always the way things worked out. Some bets are better informed than others; traders can make a decision either ‘on a hunch’ or they can make extensive use of the in-house Research Department kept by most large trading houses. But either way, and no matter how well informed a trader thinks they are when placing a bet, they cannot foresee the future, and this creates a risk of loss that they accept with ‘eyes wide open’ as an industry professional.

Consider a commodities trader assessing how to position their Natural Gas (NG) trades for the next (or ‘forward’) year. The trader may have tons of great data and analysis around estimated demand, estimated production, volumes in storage, estimated export volumes, etc., but what they cannot know is if it will be a particularly hot summer, or where the hurricanes will land, or if a pandemic will break out, etc. “You can plan a pretty picnic, but you can't predict the weather,” as they say.

The key variable here is around assumptions. An ‘Assumption’ is formally defined as “something that you accept as true without question or proof.” In trading organizations, my experience was that ‘assumptions’ were never viewed as ‘unquestionable truths’, but rather as ‘data points’- likelihoods with better probabilities of occurrence than others, within a finite set of potential outcomes. We deal with ‘well-founded assumptions’ rather than accepted truths.

In the end result, the choice and the strength of the assumptions we make will help determine the outcomes. I’d like to illustrate by skimming over two very different ‘worst case’ Strategic Risk outcomes that had ‘strong-but-wrong’ assumptions: the Daimler-Chrysler Merger, and the story of New Coke.

In 1998, German carmaker Daimler-Benz and US-based Chrysler Corporation agreed to merge their companies in what was the world’s largest-ever cross-border Merger &Acquisition deal at the time (it doesn’t even make the top-ten today.)Then-Daimler CEO Juergen Schrempp called the deal a “merger of equals” that would create “the most profitable automotive company in the world." The resulting “DaimlerChrysler AG” was valued at $38 billion in 1998 dollars (about$59 billion today), and would be incorporated in Germany with a German-style board structure, but maintaining “joint chief executives” in each company. The decision to merge the two car companies was based almost entirely on a rationale of ‘synergies’ (a term used ad nauseam by consultants in the 1990’s)which -according to the multitude of advisors involved- would save the combined company a whopping $3 billion a year as early as three years in.

The marriage was doomed from the start. The assumptions of synergies failed, and less than two years into the deal, things were already falling apart. Nine painful years later, in 2007, DaimlerChrysler ceded defeat and sold the Chrysler unit to Cerberus Capital Management for $6 billion, and the much-celebrated marriage ended in divorce, with each party taking back its original name. $45 billion of combined shareholder value was destroyed only two years into the deal- a halving of the stock price of the combined entity.

What Happened? The biggest Strategic Risk in this deal, which was significantly underplayed, was that the cultures of these two companies were so substantially different, that the collaboration needed to achieve the much touted ‘synergies’ of the deal, was unachievable. "We obviously overestimated the potential of synergies," said Dieter Zetsche, Schrempp’s successor as CEO of DaimlerChrysler, in May 2007. "I don't know if any amount of due diligence could have given us a better estimation in that regard." Two vastly different companies with different cultures, styles, languages, and ways of working were unreasonably expected to somehow shrink their respective fiefdoms synchronously, for the sake of a greater good that neither side were emotionally vested in.

Another strategic risk miscalculated was around Chrysler’s competitive position. Due diligence? Daimler-Benz never did due diligence before it bought Chrysler, never looked into the future to see whether Chrysler could afford to be competitive with the others in the industry," said George Peterson, president of Global Insight, in 2007.

There were many other issues contributing to the failure of DaimlerChrysler, such as agreeing price points on the Chrysler cars, marketing incentives, and degrees of autonomy between the two companies, but then again- hindsight is always 20/20, isn’t it?

Now let’s have some fun with a ‘blast from the past” and one of the most infamous cases of strategic miscalculation of all time: the case of ‘New Coke’. On April 23,1985, “a day that will live in marketing infamy”, The Coca-Cola Company announced that it would trade the traditional formula and taste of Coca-Cola-it’s flagship product- in exchange for what they branded as “New Coke”- a sweeter tasting version described at the time as “bolder” and “rounder”.

When you’re a company which sells caramel-colored, sugary carbonated water for a living, marketing is everything. So when Coke began losing market share to Pepsi in the 1960’s and‘70’s (their market share had dropped from 60% post World War II to 24% in1983) they sought to “re-energize” the brand with a change to the 99 year old formula of the iconic soft drink. The company conducted taste tests of “New Coke” on over 200,000 consumers, and the testers liked the newer, sweeter(Pepsi-like?) formula well enough. This pleased Coca-Cola Company CEO Roberto Goizueta, who personally championed the change of his core product. When asked at the New Coke press conference in New York City if he assumed the new drink would be a success, Goizueta replied "No. And I didn't assume that this is a success. This is a success." A strong statement on the day of the launch.

Only 79 days later, on July 11, 1985, after an unprecedented public outcry and protest, New Coke was recalled and replaced with the traditional Coca-Cola formula.

The enormity of the “New Coke” disaster has even led the Cola-Cola Company to share the story from their point of view on their corporate website, in a section titled “The Story of One of the Most Memorable Marketing Blunders Ever”.

What Went Wrong? The Coca-Cola Company explains: “While the taste tests conducted prior to the change showed that people liked the new formula, what these tests didn't show, of course, was the bond consumers felt with their Coca-Cola — something they didn't want anyone, including The Coca-Cola Company, tampering with.” Americans(rightly or wrongly) are known for their affinity for ‘comfort foods’: foods that provide nostalgic and sentimental value; regardless of their taste. A marketing professor at college once framed it like this: “Let’s face it, my mother’s cooking is awful. But I still enjoy going home on holidays, to let that awful-tasting food transport me back to my childhood, and to happier days.” That’s the essence of comfort food.

So while the taste tests didn’t lie, they also didn’t reveal that Americans would object to The Coca-Cola Company trying to change a piece of their childhood and their history. It wasn’t about having a ‘better tasting’ soft drink- it was about the ‘safety’ provided by a very specific taste. The nostalgic value of Coke was not considered strongly enough when the assumptions were drawn.

People are quick to ridicule then-CEO Roberto Goizueta for the New Coke episode, but I think this is unfair. As I mentioned in an earlier piece, hindsight is always 20/20, and it’s easy to poke fun at what the company itself highlights as a “memorable marketing blunder.” Yes, it was a marketing misstep, but Coke understood the strategic risk associated with their actions- and went forward with New Coke anyway. Coke could not foresee the future, but they rolled the dice with eyes wide open. In an interview at the 10-year anniversary celebration of the launch of New Coke (and yes- there was such an event), Mr. Goizueta exhorted his employees to take “intelligent risks” in their jobs. “If you take risks, you may fail. But if you don’t take risks, you will surely fail,” Goizueta said. “The greatest risk of all is to do nothing.” I consider this wise advice from a man who during his tenure as CEO grew the market capitalization of The Coca-Cola Company from $4.3 billion to $180 billion.

For the record, I suggest that history validates Mr. Goizueta’s decision in launching New Coke. If he had never changed the formula, Coca-Cola would likely not hold the hallowed place in American culture that it does today. ‘Old Coke’ had to betaken away to make Americans know how connected they were to it, and why it differentiated itself from Pepsi. The story of New Coke remains for me one of the strongest dual success -and failure- stories in the history of strategic risk taking.

I hope these two examples of Strategic Risk – and the assumptions at play in each- were useful. As you’ve read the above and think of the billions of dollars lost through these misadventures, you may also have started to ponder where the line can be drawn between ‘poor business judgment’- and ‘betrayal of shareholder trust’. Just how accountable are corporate executives for their decisions, after all?

In the case of the Daimler-Chrysler merger and New Coke, I think we could agree that the executives in charge genuinely believed that the deals would ultimately enhance shareholder value. The assumptions proved to be weak in the end, but there was good faith in the decision-making process itself.

In the case of Enron, on the other hand, which I describe in another piece on this website (“Beware the Clever Executive”), we see a clear case of corporate executives abusing their fiduciary duties and betraying the trust of their shareholders.

In closing, when you set aside all of the legal wrangling associated with high-profile cases of business failures, there is a simple Rule of Thumb that you can look to- a high bar of reason where common sense trumps all legalese:

When taking on Strategic Risk of any size or sort, executives should always ask themselves the following: “Did I do my homework, and would I spend that dollar, if it came out of my personal account?” Oh and please, never count out the uncertainty of what tomorrow will bring. 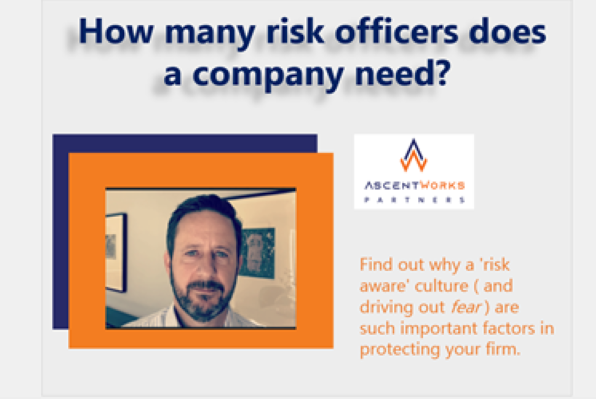 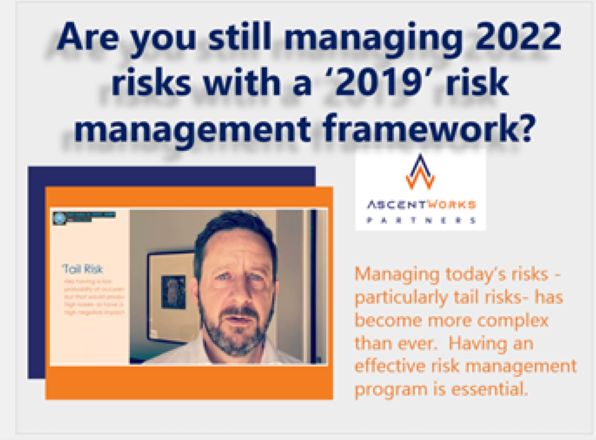 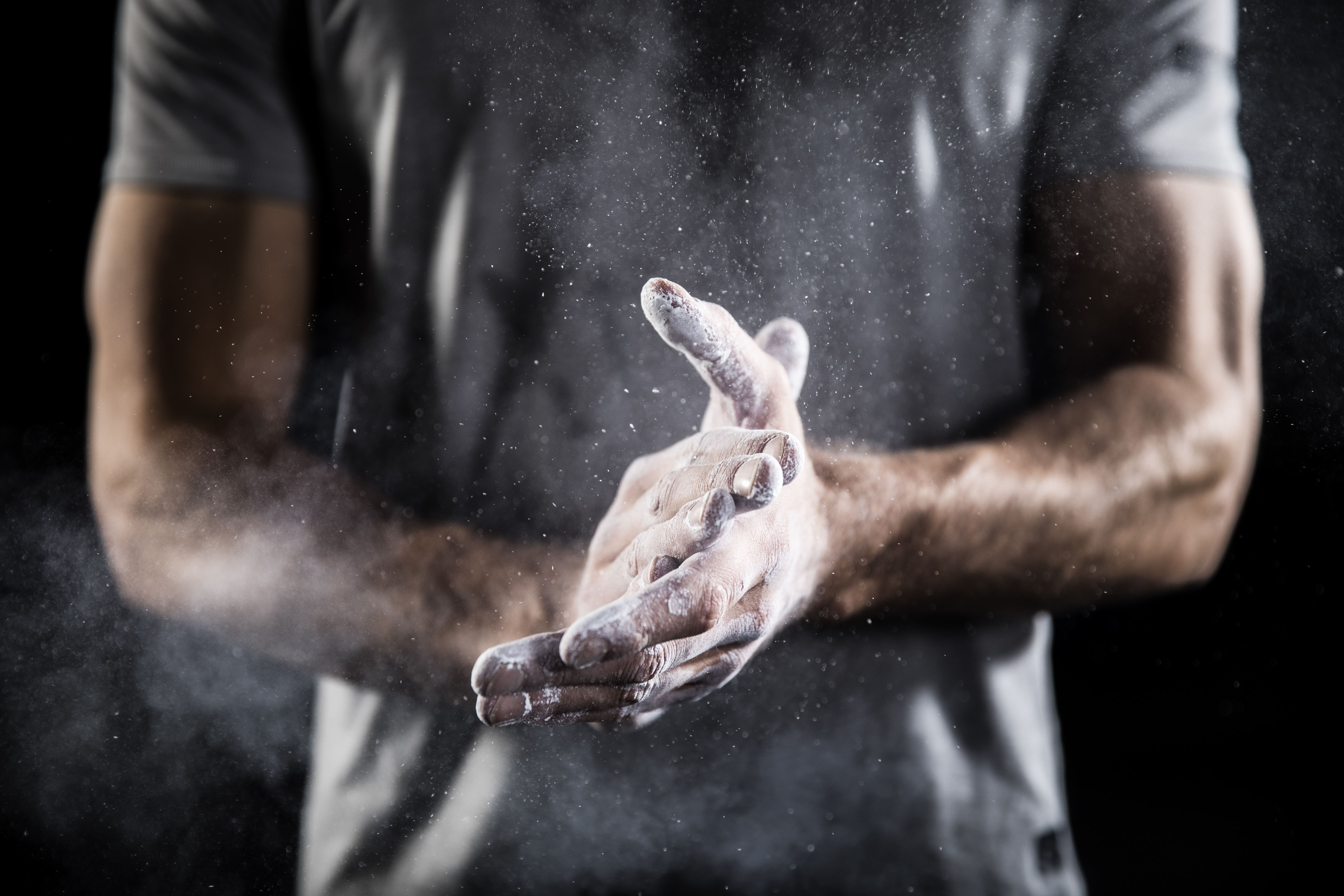